Dredging is referring to those engineering measures using dredger equipment to excavate those underwater soil and stones to increase the depth of water and remove the silt, which is a significant part of hydraulic engineering and transportation. Now it is used in constructing and maintaining the channel and port, land reclamation, environmental protection and submarine mining.

According to the definition of the IADC, the dredging project can be divided into three types: maintenance dredging, infrastructure dredging and remedial dredging. 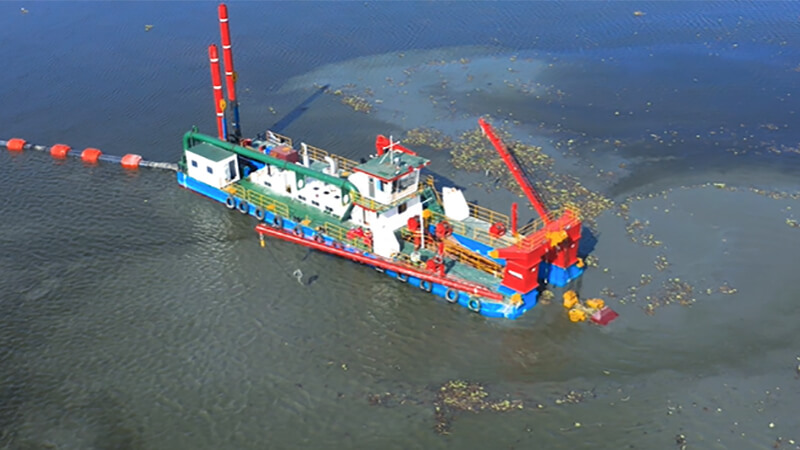 The maintenance dredging is about maintaining the necessary depth of the channel, removing the silt from the channel, the dock and the harbor entrance. For example, the entrance of Port of Hamburg located in the estuary of Elbe River in German, the Port of Rotterdam in the Netherlands and the Port of Antwerp in Belgium, because of natural silting-up, they must maintain the appropriate nautical depth with continuous dredging.

The infrastructure dredging can be defined as new engineering and transformation engineering (such as the dock, channel and lake or land reclamation used for industry and dwelling) to remove a sea of underwater sand or rocks.

–Peral -Qatar Offshore Islands project in the State of Qatar

The remedial dredging (also called environmental dredging) is generally used to eliminate those polluted deposits that may endanger human and marine creatures. It is mainly used for removing deposits and debris in the bottom of lakes, rivers, docks and other waters. This kind of dredging is fully necessary because the sediment in the urban and industrial areas is frequently polluted by assorted contaminants.

Although dredging is only a small market in the whole world, it essentially impacts the world economy. Globalization of the world economy has increased a huge number of freight volumes between different countries. All these make seaway, coastal, estuary, dock infrastructures and inland channels need continuous transformation and maintenance. These factors have become the driving force of tremendously increasing infrastructure dredging and maintenance dredging around the world, especially these years. And the role of dredging in the development of the world industry is becoming more and more significant.