The leakage of dredger hydraulic system usually has the following reasons:

Most of the dynamic seals have been precisely designed, If the dynamic seals are qualified, installed correctly, and used reasonably, they can ensure that there is no leakage for a long time. Due to the dust and sediment impurities in the use environment of the dredger, the appropriate dustproof seal should be selected in the design, such as the floating seal ring sealing device, avoid dust and other dirt entering the system to destroy the seal and pollute the oil, resulting in leakage. The design eliminates side loads on the piston rod and driveshaft seals and keeps the speed of the piston rod and shaft as low as possible.

Static seals prevent oil leakage between rigidly fixed surfaces. The dimensions and tolerances of the sealing groove should be designed reasonably so that the sealing part after installation can be deformed by extrusion to fit the micro-depression of the surface, and the internal stress of the sealing part should be increased to higher than the pressure being sealed. When the rigidity of parts or bolt pretension force is not large enough, the matching surface will be separated under the action of oil pressure, resulting in clearance or increase due to the sealing surface is not flat and may exist clearance. With the movement of the surface, the static seal becomes a dynamic seal. Rough mating surfaces will wear out seals, and changing clearance will chip away at sealing edges. These all cause hydraulic system leakage directly or indirectly to varying degrees.

All hydraulic components and sealing parts have strict requirements on dimensional tolerance, surface treatment, surface finish, and form and position tolerance. If in your manufacturing process, such as oil cylinder piston radius, seal groove depth or width, seal the hole size of super poor or lost due to machining problem, itself falls off burrs or hollow point, chrome-plated, etc., the seals will be deformation, scratches, killed or pressure false phenomenon and lose its sealing function. The parts themselves will have a congenital leakage point, after assembly or during the use of leakage.

Hydraulic components in the assembly should be put an end to the savage operation, if too much force will make parts deformation, especially with and banging on the cylinder body, sealing flange, such as copper bar, carefully check should be made for parts before assembly, assembly parts should be dipped in a little hydraulic oil, gently pushed, diesel when cleaning applications, especially the sealing ring, dust ring, o-ring, rubber components, if using gasoline, make its aging lose elasticity, thereby losing sealing function. Pipe fittings, high-pressure hoses, etc. shall be assembled strictly in accordance with the specifications.

Air bubbles form in the oil. If the pressure changes greatly in the hydraulic system in a very short time, the bubbles will produce high temperatures on the high-pressure side, expand (jet effect) on the low-pressure side and release considerable energy, forming so-called cavitation. The surface roughness aggravates this process. Once the seal is damaged by the concave point on the surface of the components of the hydraulic system, the hydraulic oil will rush to the surface of the components with high speed and great acceleration, resulting in wear and tear and leakage.

If the system pressure rises sharply over very short periods of time, the bubbles are heated to the point where the air or mixture of gases in the bubbles causes spontaneous combustion. 1 Φ 25 mm air bubble, for example, in milliseconds from atmospheric pressure to 50 mph, in the center of the bubbles will produce a high temperature of 2500 ℃. If this effect occurs near the seal or support ring, the seal or support ring will be scorched and the seal failure will cause leakage.

Sealing parts are made of oil-resistant rubber and other materials. Aging, cracking and damage will cause system leakage due to long-time use. If the parts are damaged by a collision during work, the sealing elements will be scratched, resulting in a leak.

General hydraulic machinery oil temperature in the 30-50℃ range is more appropriate. Higher oil temperature decreases the viscosity of the oil, thus increasing the leakage. The efficiency of the pump is reduced, and the movement speed of the actuator is slowed down, which affects the stability of the operation. When the viscosity decreases, the oil becomes thinner and the lubrication film becomes thinner relative to the moving surface, leading to increased mechanical wear. When the oil temperature rises high, the oil will deteriorate and the service life of the oil will be reduced. Too high oil temperature will make the valve components thermal expansion, with the gap reduced, increase the valve core wear, or even stuck, and make the seal aging deterioration, resulting in leakage. 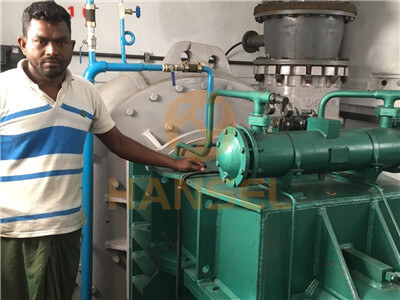