The Qatar Road Race Site Preparation Project is located in the north of Doha, Qatar, covering an area of ​​about 35 km, with a length and width of 7 km × 5 km. The project achieves the purpose of coastline reconstruction through engineering measures such as wasteland reconstruction, new island filling, revetment construction, artificial beach construction, excavation, and dredging of traffic channels. The project planning is divided into 12 wasteland reconstruction and reclamation areas including 1A, 1B, 1C, 1D, 19, 2A, 2B, 2C, 3A, 3B, 3C, and 3D, as well as two excavation and dredging areas, DA 1 and DA2, of which 1E, 2C, 3B, 3C and 3D are artificial islands, as shown in the figure. 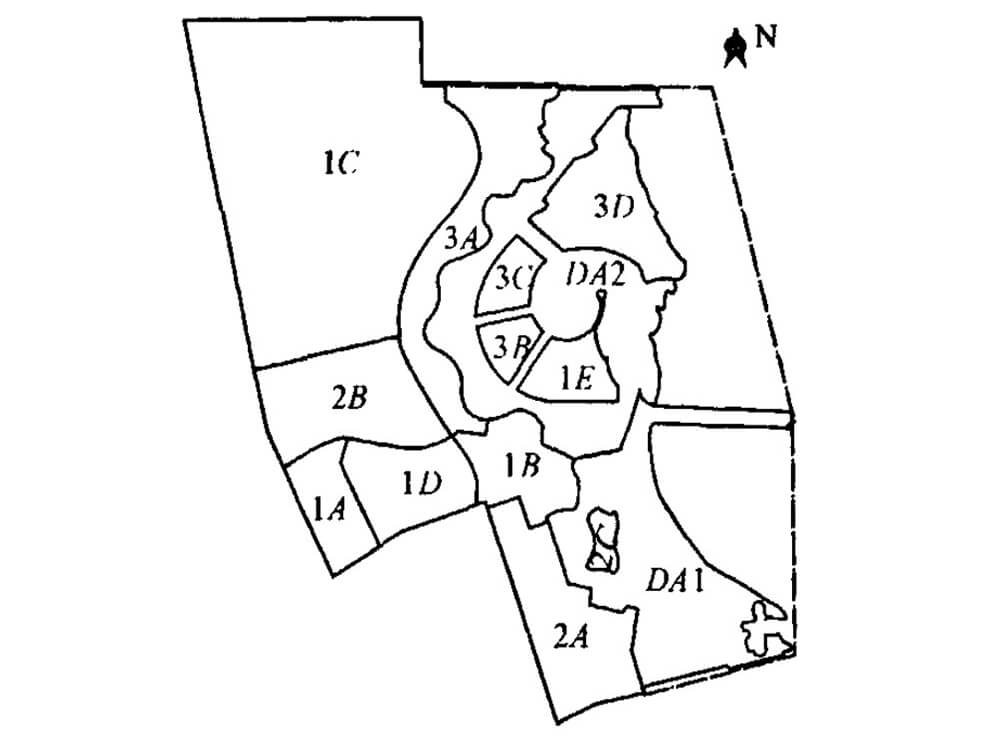 The main contents of the project include about 25 km2 of wasteland reconstruction, about 10 km of waterway excavation and dredging, about 10 km of prefabricated concrete block retaining walls, about 2 km of block stone slope protection, about 4 km of artificial beaches and 5 artificial islands. The investment is 430 million US dollars, and the total construction period is 900 days.

The project area has a tropical desert climate. The average maximum daytime temperature in summer is about 46°C, and the average minimum temperature in winter is 20°C.
The lowest temperature in the room is around 7°C. The average annual rainfall is less than 75 pa. Seaside tide level: average high tide +0.65 m, average low tide -0.02 m, average tide level 0 m, average high tide -0.2 m, average low tide -0.56 m.
The coastal land terrain changes gently, with a slope of 50-300 endkm. The terrain of the site gradually decreases from northwest to southeast and the elevation
It gradually decreased from +8.0 NL to around +1.0 m. The coastal seabed elevation varies from 0 to 6.0 m. The upper part of the stratum in the project area is mainly the marine sedimentary layer and rock cover, and the lower part is the rock bed. Marine sediments mainly include loose medium-density sea sand, gravel, and silt layers. The rock cap has a certain strength and is mainly composed of cemented marine sediments. The rock bed is a medium-density limestone formed 45 million years ago, the color is white, light brown, and off-white, and the strength is mostly 30-60 MPa.

The design elevation of reclamation and filling is +2.5 In, including the formation of landfilling and revetment. The landfilling is mainly based on the ground elevation within the project area to determine the filling range. When the ground elevation is lower than +2.5m, it shall be backfilled to 2.5m. The revetment formation is mainly the filling of the lower bank slope of the revetment and the backfilling of the foundation of the retaining wall.

Determination of silt range and its thickness

In the preliminary design stage of this project, a preliminary geological survey of the site area was carried out, and the stacking range and height of the entire project area were preliminarily determined. Since the number of boreholes L is relatively small compared to the entire project area, the surcharge range has not been finalized, and it is necessary to re-check and finally determine the surcharge preload range during the construction stage of the project. The range of surcharge preload is mainly through static penetrating penetration (CPI’) test and
Calculation analysis is confirmed. During the construction phase, on the basis of the preliminarily determined surcharge range, the test points of static penetration testing (CPT) are arranged in a rectangle, and according to the preliminarily determined different thicknesses, the lattice spacing is 40inx40 rn and 80 mx 80 rn respectively. The range of silt is determined by continuous densification at the boundary of the pile. On the basis of the calculation index obtained by static penetrating test (CPIT), the silt iso-thickness map was drawn by using SURFER 8.0 software, so as to determine the foundation silt thickness in different areas of the whole project. 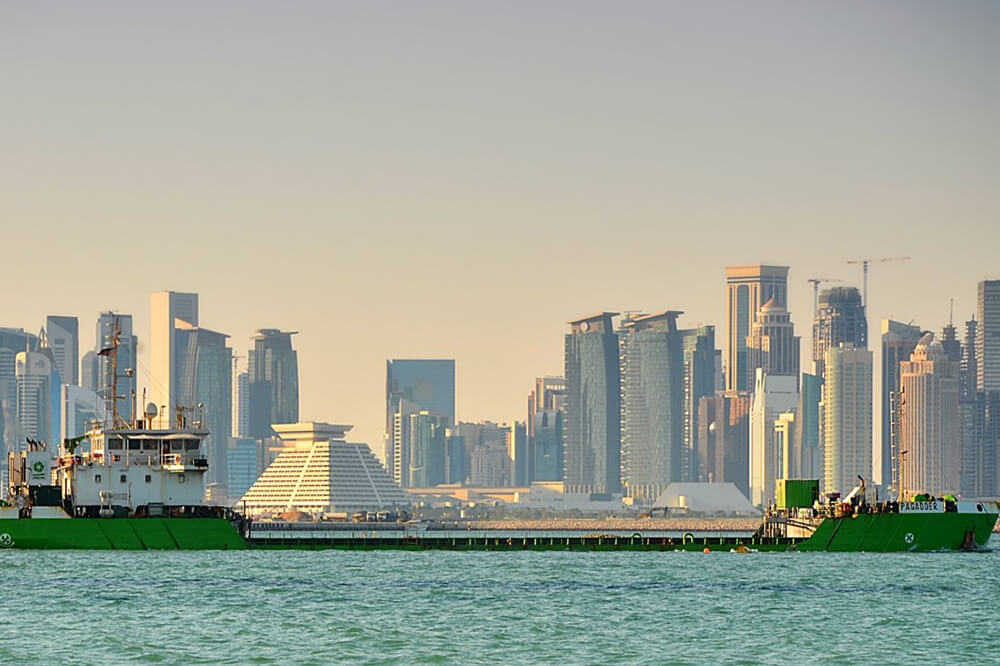 The total length of the concrete revetment retaining wall is about 10 h, and it is made of large-volume concrete prefabricated blocks. It is a gravity retaining wall structure and backfilled with crushed stones. The minimum internal friction angle p=380, and the permeability coefficient is not It should be less than k=10-m/s. Keys and keyways are provided on the top and bottom of the prefabricated block. The coefficient of friction between the concrete block and the foundation crushed stone cushion is /. t=0.473. Concrete blocks require staggered joint masonry, and the vertical joint width between any two adjacent concrete blocks is 400 nlnl to facilitate drainage of the wall and reduce water pressure behind the wall.

This project is a large-scale soft soil foundation treatment project, and the traditional surcharge preloading method is used to treat the soft soil found in a large area, and it has achieved success. The design scheme is simple and feasible, and it is still an economical and reasonable soft-ground treatment method in the case of sufficient stockpiling materials. For the preliminary treatment of a large-area soft soil foundation, it is more reasonable to use both the degree of consolidation and the 100-year residual settlement as the control standard in the heap load design than to directly use the load of the proposed building as the control standard. The slope protection design adopts natural block stone slope protection, the construction is simple and easy, and it is natural and beautiful. And because of its large roughness, it can greatly reduce wave climbing, so it is worth popularizing for coastal protection projects. Static penetration testing is suitable for various soil layers within 50 m below the ground, especially for the survey of large-area saturated sandy soil and high-sensitivity soft clay strata where the stratum conditions change greatly. Static penetrating probe for exploration. Static penetrating penetration is not only an in-situ testing method but also an exploration method. Compared with conventional exploration procedures such as drilling-sampling-indoor tests, it has the characteristics of being fast, accurate, economical, and labor-saving.
The mathematical model of the Asaoka method is simple in form and the parameters are easy to understand. According to the settlement observation data, the settlement amount can be predicted by the graphing method, and then the degree of consolidation can be estimated. In this project, the Asaoka method was used to successfully predict the settlement. Combined with the observation of pore water pressure, it played an important role in the timely removal of preloaded surcharges. This method is simple and practical, and it is worth popularizing.